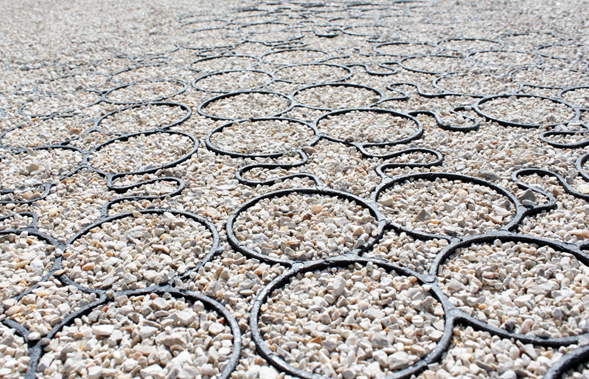 If you live in a more rural place, you can understand that the seasons come with all its trials and tribulations. Offering you a sample platter of all the discomforts that each season is known for. Though there are more than just one season, there is one that can cause issues more frequent than the others. Which is none other than the rainy season. Now, not all places have to deal with a relentless rainy season. But, for those who live in these areas, you know the troubles they bring with it. For one thing, driving in the rainy season can be as dangerous as driving in the snow at times. If you live in a hilly or mountainous area, it can pose an even greater threat. So, how can we deal with stormwater management?

There is an option that can help with the problems associated with this season and it is called permeable pavements. Before, I get into that, I would like to give you some back story with my experience without this tool. I lived in Missouri for many years. I originally lived in the south, were it was usually dry and flat. So, you can say it was quite a switch, going to an area filled with hills and seasons.  Now, when it comes to any surface that has been covered by asphalt or concreate, I could drive safely. But, like anyone that has lived in rural areas, that’s not often the case. Many back roads and dirt drives scatter across the county. This is where so many incidents accrued. Things like getting your vehicle stuck in the mud, deceiving pot holes that grow and the road itself becoming eroded over time. These are the real issues that can come with storm water.

Returning  back to the topic of permeable pavements. Basically, it is a cheap and efficient paving method that can stabilize the ground itself. It doesn’t use any traditional means to pave, which I refer to pouring asphalt or concreate on the ground. It utilizes the ground itself to provide a stable surface to drive on. Its system of permeable cups that are woven together, to hold the group in place, while allowing the water to pass through alone. This method is not just reserved for roads, pathways, parking lots and any other type of paving need can be filled by this system.

Now, how does it compare to traditional methods? It is strong enough to support fully loaded rigs, which is impressive for a plastic based road. It does not require maintenance or cleaning like previous methods, giving it a life span up to sixty years. Its cost is at times is less than half of the total cost of other methods. Installation is quicker and requires less labor or equipment. It’s about better in every way then other methods. The only drawback that is apparent, is that it cannot be used for multiple level parking garages. With permeable pavements, you can effectively address storm water and you will be hard pressed to find a better alternative.